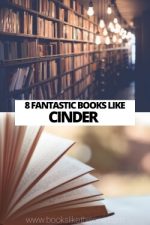 Finding books like Cinder is relatively easy in the age of Google. Perhaps this is because Cinderella has endured as a fairy tale for centuries. In fact, Hollywood is scheduled to release another retelling of Cinderella as I write. Away from the show business end lies Cinder, the first book in The Lunar Chronicles. Cinder is the story of a cyborg mechanic living in New Beijing, itself in a land … Read More 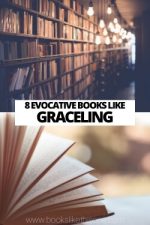 Are you looking for more books like Graceling? Love it or loathe it, The Hunger Games opened the door for a whole slew of young female-led fantasy, dystopian and science fiction. This was a great thing! Graceling came out just 1 month after The Hunger Games was originally published in 2008. Both books presented readers with a strong female protagonist living in a world where everything seems set against her. … Read More 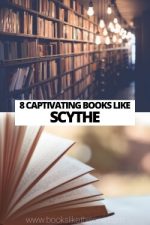 Are you looking for more books like Scythe? Imagine a world with no hunger, no disease, no war, no misery. In Scythe, humanity has conquered all those things, but the human population needs to be kept in check. Scythes are the only people allowed to “take life” in order to keep the population under control. Viewed through a dark lens, Scythe could well be a reflection on where our own … Read More 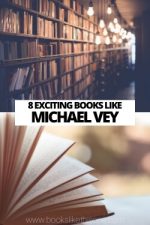 Are you searching for more books like Michael Vey? What teenager (or adult, come to think of it) hasn’t dreamt of having a superpower? In the Michael Vey series of YA novels by Richard Paul Evans, the reader gets to live this dream vicariously through the character of Michael. However, like all dreams, the reality of having superpowers is very different. Everyone thinks Michael is just another awkward teenager. He … Read More 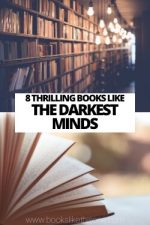 Are you searching for more books like The Darkest Minds? YA has always been a huge and expansive genre. The rise of social media has made more young adult fiction books available to more readers. The Darkest Minds first came out in December 2012, and the series has since become a power force in the YA genre. The tale of Ruby, a young girl locked up for having a disease … Read More 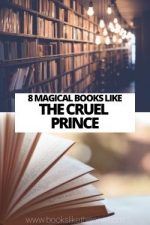 Are you searching for books like The Cruel Prince? Murdered parents. A High Court of Faerie that is both treacherous and deadly. A human girl desperate to fit in. This is the basic premise of The Cruel Prince, and its simplicity works. The YA genre is drowning in ‘Twilight’ style romance, so it is nice to read books where the hero has agency beyond trying to get a supernatural being … Read More 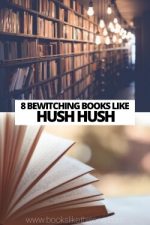 Are you searching for more books like Hush, Hush? Hush, Hush is a book that has been compared favourably and unfavourably to Twilight. The story of teenager, Nora Grey, as she gradually becomes attracted to the bad-boy fallen angel, Patch, holds many similarities with Edward and Bella’s melodramatic trysts. In a way, this comparison has meant that Hush, Hush divides opinion with some readers loving it, and others labelling it … Read More 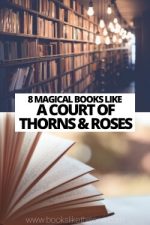 Books can be like Marmite; you love some, you hate others. A Court of Thorns and Roses seems to very much be a ‘marmite’ read. A loose retelling of Beauty & the Beast, this fantasy romance is targeted very much at the YA market, yet the lead protagonist, Feyre, has more character agency than Beauty ever did. Beauty is almost too perfect, whereas Feyre has many flaws and defects that … Read More