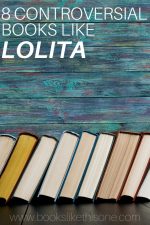 Initially censored, Vladimir Nabokov’s 1955 novel Lolita is now considered to be one of the greatest literary works of the twentieth century and has many readers search for more books like Lolita. A fictional memoir, written by a former lit professor using the pseudonym Humbert Humbert, he tells his story of infatuation and obsession with… Read More 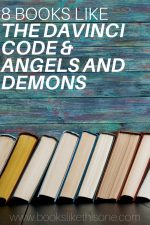 Being a great writer isn’t all about literary prose and correct punctuation – it’s the ability to tell a story and tell it well. This is the genius of Dan Brown.  Books like The Da Vinci Code and books like Angel and Demons take an extraordinary amount of research and Dan Brown prides himself on… Read More 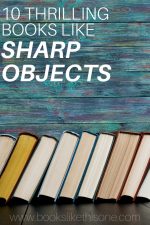 Sharp Objects by Gillian Flynn was only developed into an award-winning series starring Amy Adams last year – however, the novel remains the better of the two. Most people will either have read or seen the film adaptation of Flynn’s novel Gone Girl, and Sharp Objects follows the same dysfunctional characters, wrapped up in lies… Read More 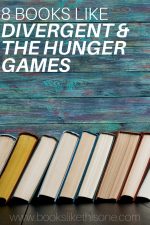 The Hunger Games and Divergent have arguably launched YA dystopian fiction into the stratosphere. Katniss and Tris have brought an army of strong female leads to the fore, resulting in hundreds of similar novels lining bookshelves and filling devices the world over. What to read if you’ve already read The Hunger Games trilogy and gorged… Read More 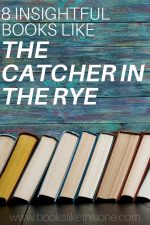 Published in 1951, J.D. Salinger’s skilfully composed, amusing and incredibly significant novel, The Catcher in the Rye is still poignantly relevant today and considered a modern classic of the coming of age genre which is why many people are always searching for more books like The Catcher in the Rye. Now something of an icon… Read More 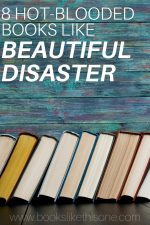 Becoming an adult is an intense discovery of the world and yourself—only exaggerated. Every break-up can feel like the end of your world and every new sensory moment is an explosion of emotion and bodily sensations. The thrill of those moments is captured skilfully in books like Beautiful Disaster by Jamie McGuire. It was originally… Read More 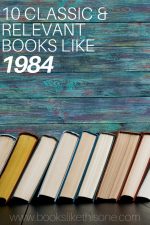 The classic novel can often seem daunting and outdated, but books like 1984 are simply timeless. The concept is perhaps even more terrifying now than it was when Orwell published it in 1949, with the idea that we’re all being watched, and not even our thoughts are safe. Not many classic novels are like 1984… Read More 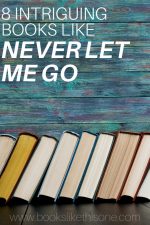 The dystopian genre has always been so alluring because it shows the depravity of humans, of how wrong mankind can steer if the right amount of pressure is applied. It is horrifying and fascinating, and books like Never Let Me Go, by Kazuo Ishiguro being nominated for the Man Booker Prize emphasise this mutual fascination… Read More