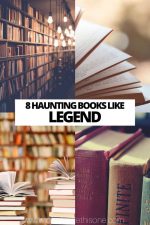 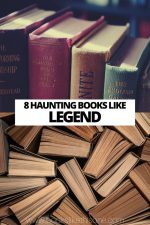 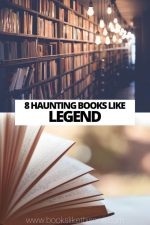 Having two narrators in a novel can be a challenge for any author. Marie Lu carries it off with aplomb. Legend is set in a darkly different United States (The Republic) which is constantly at war with its neighbours. The plot revolves around June and Day, two 15-year-olds on the opposite sides of the economic spectrum.

When Day is accused of the murder of June’s brother Metias, the two teens are set on a collision course. Yet the truth is not what it seems. Fans of dystopian YA have flocked to this trilogy of books, and for good reason; it is fun to read (and a damning indictment on modern US culture). But what other books like Legend are out there?

The Moon Dwellers (The Dwellers 1), by David Estes

Dystopian books like Legend revel in throwing the reader into the darkest situation possible. In The Moon Dwellers, things are bleak for 17-year-old ‘moon dweller’, Adele. Things are equally bleak for ‘sun dweller’ Tristan. But where Adele is in prison for her parents’ treason, Tristan is trying to navigate his way through a war that seems to follow Adele. Two people from different classes.

Set in a world where humanity has been forced underground. How can you not be interested in reading this? I thoroughly enjoyed it and am looking forward to reading the second book. Flipping between Adele and Tristan, the pace is fast but steady. The post-apocalyptic setting is suitably grim, and you’re always left wanting more when a chapter ends. A strong thumbs up.

Many books like Legend enjoy riffing on modern US politics and culture. I have written about Delirium in a previous article, but it earns a right to be on this list.

Set in an alternate US where love has been declared a ‘dangerous disease’, the story follows Lena, a nearly 18-year-old teen about to take ‘the cure’ for love offered by the government. The most disturbing thing about this book is how easily you could see a western government instituting something like this.

The fact that when we meet Lena she is looking forward to being cured, highlights the dangers of allowing extremist governments a free rein, be they far right or far left. A very worthwhile read if you’re looking for your next dystopian fix.

Another book like Legend is the extremely dark gem, Partials, from Dan Wells. “The only hope for humanity isn’t human.” Those words gave me shivers when I first read the cover.

Partials are engineered organic beings (a bit like the Nexus 6 replicants in Do Androids Dream of Electric Sheep?) who have managed to nearly wipe out humanity using a weaponised virus. 16-year-old Kira is one of the few survivors bunched up on Long Island in North America. Upon discovering that the survival of both races rests with a long-hidden truth about the war, Kira is thrust on a journey to prevent the total annihilation of both species.

This book is a lot darker than the others on this list, but it is actually the better for it. Rooted firmly in science fiction rather than Hunger Games -esque teen angst, you will want to follow Kira to the end of her story.

Life As We Knew It (Last Survivors 1), by Susan Beth Pfeffer

World-changing events are common in books like Legend. What if we woke up tomorrow to find a meteor had shifted the moon’s orbit around the earth? It is easy to forget how much of an effect the moon’s gravitational pull has on our climate. Sea tides are determined by the moon’s position.

In Life As We Knew It, Miranda deals with this very problem when overnight, her world changes. With tsunamis and earthquakes wiping out whole continents, Miranda, her brothers and mother have to retreat into their sunroom, subsisting on stockpiled food and limited water.

This is the first in the Last Survivors series and Pfeffer’s writing – all told in journal form – truly beings home the fear a global catastrophe can bring.

What elevates the story above others is the little traces of hope, sprinkled throughout Miranda’s entries. In turns horrifying and bleak, the narrative manages to leave you rooting for Miranda and her family’s survival. This is as dark (arguably darker) than Partials, but with enough hope to leave you reading on.

Anyone who’s read Lord of the Flies will be attracted to books like Legend and Gone.

Gone takes the premise of ‘children stranded on an island with no adults’ a step further. In the blink of an eye, everyone above the age of 15 vanishes from planet earth. Only early teens and children remain left behind. Phones, internet and television are all gone and no help is coming.

Sam is our reluctant hero in this story. With fights shaping up and battle lines drawn it comes down to how many are prepared to stand up against the bullies. This is a question Sam is forced to face. And he’s written likeably enough that you want him to face it.

I compare this to Lord of the Flies as well as Legend because the story is as violent (if not more so) than both. Children get hurt, badly. Some of them die and Caine, the lead bully, is just the kind of bad guy you want to be beaten. Vicious, cruel and ugly in the way he relishes his power over others. Caine’s antics soon make some of the other ‘good’ guys begin to forget their sense of morality.

How far can you go to stop evil before you become evil itself? Gone asks all these questions and more. Well worth a read.

The Giver, by Lois Lowry

Mystery is a theme that pervades some books like Legend.

In The Giver mystery and science fiction blend together in an unforgettable tale about Jonas, a boy who seemingly lives in an ideal world. It’s only when he’s given his life assignment as ‘the Receiver’ that he begins to understand there’s something a lot darker at work in his world.

This book has often divided adults over its portrayal of spiritualism and the role of religion in the world. To me, that almost always signifies a book worth checking out. Written in an almost zen-style, the emotionless rules in the world Jonas inhabits are rudely thrust against the darker mystery at the heart of the world he exists in.

When he starts receiving the memories, his view and ours begins to shift radically. Many children love this book, and many school teachers too. When you read it, it is easy to see why. Definitely worth a read if you’re looking for similar titles to Legend.

Our perception of beauty is often explored in books like Legend. Uglies seems a bit blunt in its take but is a solid read.

Tally is approaching her 16th birthday and she can’t wait; at 16 she gets to have the operation that turns her from a ‘repellent ugly’ into a ‘stunning pretty’. When you’re pretty you get access to a high tech paradise where the only job is to have fun. Sounds amazing, so of course Tally learns that it’s really not.

It is Tally’s friend Shay who challenges everything Tally knows. Shay doesn’t want the operation and this is when the story gets really interesting.

The premise of challenging people’s perceptions of beauty is good, and the novel does manage it mostly. The world is well thought out, characters have their own urgency and interesting slang, and Tally herself is filled with enough motivation to make you root for her. A good book for a dark day.

This is another book like Legend that plays on our own perceptions of normal versus abnormal. Shatter Me is a wonderfully thoughtful look at how the world treats people outside of the ‘norm’. Juliette hasn’t touched anyone for nearly a year. She’s not allowed to because when Juliette touches someone, they die.

Despite her last touch being an accident, she was locked up for murder. But with the world going to hell in a handcart, ‘The Reestablishment’ authority decide perhaps Juliette can be used as a weapon against its enemies.

Shatter Me is a ‘marmite novel’. You’re either going to love it or hate it. Mafi’s writing style is… oddly weird. That is the only way I can think of to describe it. Yet I kept reading despite having some difficulties with the narrative. Disturbing romance and characters both likeable and horrible populate the pages with ethereal abandon.

The narrative also really finds its legs towards the second half of the book, which is where we can see what Juliette is truly capable of. Female superheroes are great, and when Juliette comes into her own, you can’t help but be drawn along. Fans of YA are recommended to try this and make their own minds up.

As you can see, there are a lot of books like Legend available to haunt your dreams. The books chosen here are just some of the ones we believe readers will enjoy. You don’t have to take my word for it though, have a read yourself to see what you think.

Are you looking for more books like Legend? Have any recommendations that didn’t make the list? Let us know in the comments! 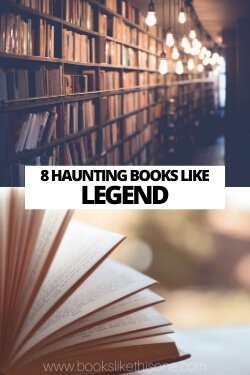