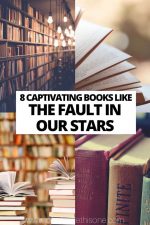 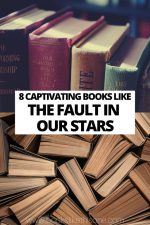 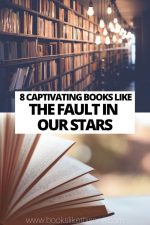 John Green is an author and video blogger; he has numerous YouTube channels — the most well known of which is Vlogbrothers, where he makes regular 4-minute videos on a wide array of subjects along with his brother Hank. He was on the list of The 100 Most Influential People in the World in Time magazine and he won the Printz Award in 2006 for his debut novel, Looking for Alaska. This is one busy chap!

The Fault in Our Stars is Green’s sixth novel originally published in 2012 and adapted for film in 2014. It tells the story of sixteen-year-old Hazel Grace Lancaster, who is terminal with thyroid cancer which has spread to her lungs. Her mother urges her to join a cancer support group where she meets Augustus Waters.

Despite a shaky introduction, Hazel and Gus become close and agree to read the other’s favourite book. Hazel gives him An Imperial Affliction to read, it’s about a girl with cancer, a story very much like her own. Gus is frustrated by the abrupt ending in the book and events lead them to take a trip to Amsterdam to meet the author.

This book deals with a difficult subject; it is sad, sweet and funny as Green manage to keep the romance at the forefront of the story.

If you are missing the sweet romance of Hazel and Gus and are desperately searching for more books like The Fault in Our Stars then I have some corkers for you.

The Cottage by the Cove, by Hannah Ellis

If you enjoyed The Fault in Our Stars but your tissue box is now empty, then try a slightly more uplifting romance like The Cottage by the Cove.

Lizzie Beaumont’s life is one every girl over ten dreams of; not only does she have a career she enjoys but she is planning her wedding to her wealthy fiancé, Phil.

Unfortunately, when Phil decides to work rather than go on holiday to the cottage they booked, Lizzie ends up going to Hope Cove by herself. She assumes that she will be bored on her own but then her neighbour, Max, asks for her help and she spends the remainder of the week helping him to decorate.

By the end of her stay at Hope Cove, Lizzie is questioning her choices. Is she marrying Phil because it seemed the right thing to do or has Max opened her heart to something more real?

If you want to find out, check out The Cottage by the Cove for your next read.

This novel like The Fault in Our Stars tells the story of a couple who both suffer from the same disease and being together could ultimately kill them.

Based on a true story, Five Feet Apart is about Stella and Will who both have cystic fibrosis. Stella has been in and out of hospitals for most of her life; she is awaiting a lung transplant and is careful not to let anything or anyone too close for fear of infection.

Will is sick of his life being controlled by his illness and wants to see the world. But bonded by their similar situations, they become closer emotionally. Any physical contact is forbidden;  they’re not allowed to get within six feet of each other as they could cross-contaminate, which could have tragic consequences.

So, if you like an emotionally charged and beautifully written story of love under unusual circumstances and if you liked The Fault in Our Stars, then put Five Feet Apart on your reading list.

Of Curses and Kisses, by Sandhya Menon

Heralded as a contemporary take on the Beauty and the Beast story, this book like The Fault in Our Stars has love, heartbreak and something keeping our star-crossed lovers apart.

Based in an elite boarding school, Princess Jaya wants to exact revenge on Grey Emerson by breaking his heart. For generations, their families have been feuding and she wants revenge but Grey, although influenced by his family history, has many good qualities.

The story follows closely, and cleverly, to the original plot building the relationship between Jaya and Grey with some surprising twists and turns.

There’s a little bit of magic in this novel like The Fault in Our Stars and some stories of sacrifice, curses and secrets. If you love a fairytale even as an adult, then check out Of Curses and Kisses.

It Ends with Us, by Colleen Hoover

This book by Colleen Hoover is slightly different in style with a more powerful story than her other romance novels that will remain in your mind long after you have finished reading it.

It Ends with Us begins when Lily, a small town girl now working in Boston, meets the handsome neurosurgeon, Ryle Kincaid. Although arrogant and with a deep-seated loathing of relationships, Ryle is smitten with Lily.

He puts aside his ‘no dating’ rule for her but his past is something she cannot stop thinking about. She wants to know what happened to him that he objects to relationships so vehemently. This leads her to reflect on her first love, Atlas Corrigan, whom she thought was her soul mate.

Law of attraction says we get what we think about and Atlas re-emerges into Lily’s life. So now she has to decide where her heart lies.

This book like The Fault in Our Stars has fully rounded characters that will pull you along to the very end.

Sense and Sensibility, by Jane Austen

The ‘bumpy road to love’ plot is universal; even in the 1800s, would-be lovers were tested by fate and circumstances. Sense and Sensibility is one of Jane Austen’s best. If you haven’t read it yet, then shame on you! Even if you have, it deserves to be one of those books on your shelf that has a cracked spine where you have read it so many times.

The story follows the three Dashwood sisters and their mother who are forced to move into a modest cottage in Devonshire after the death of their father.

The older sister, Elinor, is sensible and aware of social convention; Marianne Dashwood – the second eldest – has no such reserve and falls for the undesirable but charming, Willoughby. Marianne’s heartbreak when Willoughby’s true colours are revealed is the forestage of the novel that screens the real love story between Elinor Dashwood and Edward Ferrars.

Edward and Elinor meet when they are still in the Dashwood estate as he is the brother of the new master’s wife, Fanny. Fanny doesn’t approve of the match and Elinor is heartbroken when she later meets Lucy Steele who confides in her that she has been secretly engaged to Edward for four years.

If you are seeking a novel similar to The Fault in Our Stars then widen your romance reading scope and try this classic – trust me, it’s a classic for a reason.

Are you a Jane Austen fan? Make sure to check out our list of books like Pride and Prejudice!

The Rosie Project, by Graeme Simsion

With the age of computer dating brings the question: can we really find love by answering a questionnaire or relying on an algorithm? The main character in The Rosie Project would say yes – but life, and love, can surprise us.

Australian genetics professor, Don Tillman should be a catch for any girl: he is intelligent, well respected and in good health with a good income – so why can’t he find love? His life is a series of organised rituals which he believes to make him more efficient and a happier person (If you watch The Big Bang Theory, think Sheldon Cooper.).

With the help of his only friend, Gene, he develops a questionnaire which should reveal his perfect match. Unfortunately, he has little luck finding anyone suitable. In the meantime, he meets student and bar worker, Rosie, who asks Don to help her to find her biological father. She is too much of a free spirit to be on Don’s list of potential suitors but he finds himself more and more attracted to her.

The story follows them both on their own quests and if you are looking for more books like The Fault in Our Stars, then The Rosie Project will be guaranteed to lift your heart.

A little off the typical romance plot it may be but I thought Never Let Me Go was worth putting on the list. Hailed as a ‘beautiful love story’ and technically a science fiction novel, it has mystery and future fiction, but still at the heart of this novel like The Fault in Our Stars – is love.

The story is narrated by carer, Kathy, who reminisces on her time spent in Hailsham boarding school. They were taught all subjects from art to literature but nothing of the outside world which they had very little to do with.

Her best friends were Ruth and Tommy and it isn’t until they leave the school that they discover Hailsham is a place where they create clones to use for organ harvest and they are the clones. Ruth and Tommy became a couple but the thread of the story is the growing love between Kathy and Tommy.

This is a touching account of Kathy’s life told with captivating prose, which is why in 2005, Time magazine included the book in its “100 Best English-language novels published since 1923.

So if you like the tender moments in books like The Fault in Our Stars, then grab a copy of Never Let Me Go.

Me Before You, by Jo Jo Moyes

Last, but certainly not least, I give you Me Before You; a book similar to The Fault in Our Stars where two people are thrown together under difficult circumstances and cannot deny the attraction that grows over time.

Will Traynor doesn’t want to fall in love; he wants to kill himself. Former ‘wide boy’ Will, was used to living an adventurous life of travel, extreme sports and business deals until an accident leaves him quadriplegic and confined to a wheelchair for the rest of his life.

Louisa Clark is living in the shadow of her more successful sister and trying to help support her family when the cafe she works in closes and she has to find employment elsewhere. Eventually, she takes a job as Will’s carer and through their shared experiences and over time, his bitterness fades and Louisa becomes his reason for getting up in the mornings.

This spellbinding love story like The Fault in Our Stars is a trilogy so if you love this one there are two more for you to enjoy.

This list of books show us that love cannot be put into a box or found via a checklist, it turns up when we least expect and under a variety of circumstances. So, if you wanted to find more books like The Fault in Our Stars then I hope you enjoy the selection I’ve chosen for you. Happy reading!

Are you looking for more books like The Fault in Our Stars? Have any recommendations that didn’t make the list? Let us know in the comments!