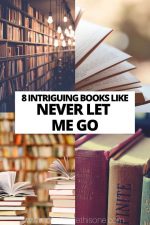 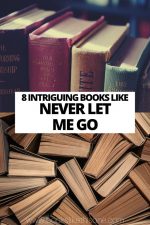 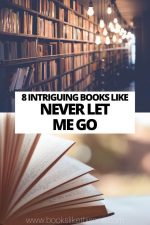 The dystopian genre has always been so alluring because it shows the depravity of humans, of how wrong mankind can steer if the right amount of pressure is applied. It is horrifying and fascinating, and books like Never Let Me Go, by Kazuo Ishiguro being nominated for the Man Booker Prize emphasise this mutual fascination we have as a species to see what happens when our world takes a dramatic turn for the worst.

The beauty of Never Let Me Go is the companionship, although warped and cruel at times, between the three main characters, and how despite everything they try to hang on to one another as their shared fate becomes a reality. Below I discuss novels from as far back as 1949 to 2019 where the world is imagined having crumbled and been rebuilt, or in some cases simply destroyed, and how the human race scrambles to survive the blow of this.

The Handmaid’s Tale shows a war-ravaged America, now called Gilead, where the fertility level has plummeted to an alarming rate – women are Wives, if they’re lucky, or Handmaids if they sinned in their previous life.

Like Never Let Me Go, this novel is narrated by a female protagonist, Offred, and much like Kathy in Never Let Me Go, she is a victim of the world she now lives in, either producing a child for a powerful Commander and his Wife, or risk being sent to the dreaded Colonies, or worse, the wall. Offred tries to negotiate the little power she can in Gilead, all while trying to survive for the child this world has taken from her.

Only Ever Yours, by Louise O’Neill

Louise O’Neill’s Only Ever Yours produces a terrifying world where young girls are brought up to be perfect, with skin-crawling consequences if they do not conform. Like in Ishiguro and Atwood’s books, the main character is a female, freida, whose name is specifically not capitalised to describe her inferior role in society.

freida attends a school where the subjects she learns are how to please men and how to be a good wife and she is ranked accordingly with her other classmates. Like Offred in The Handmaid’s Tale, and Kathy in Never Let Me Go, freida has little choice in how her life is to be led, with only five paths available — becoming a wife, concubine, nun, slave or risk execution.

We follow freida as she tries to make the best of her situation, but just as in so many dystopian books like Never Let Me Go, we watch as even the few positives of this world turn sour, and suddenly, no choice seems good at all.

The Children of Men, by P. D. James

So often dystopia follows the theme of the world running out of a key resource – in the case of The Children of Men, this resource is fertility. In some way similar to The Handmaid’s Tale, the human race has gone eighteen years without a single birth and has descended into a kind of anarchy.

With no babies being born, a new government has arisen, with disastrous consequences and inhumane efforts to keep labour and the workforce alive in London. When Theo, the protagonist of this novel, discovers a pregnant woman, the first in nearly two decades, he vows to protect her and her child, by any means necessary.

Like in Never Let Me Go, there is a sense of hopelessness in The Children of Men, and yet the reader cannot stop themselves from hoping that Theo’s efforts to protect Julian with be fruitful, as they hope Kathy and Tommy will find some sort of happy ending.

Margaret Atwood is a champion in this genre, as seen with The Handmaid’s Tale, but also in her wonderfully wacky Maddaddam series, beginning with the novel Oryx and Crake.

Jimmy recounts how the world came to fall apart in the first novel in the series, and how his best friend, Crake, and his love interest, Oryx, both impacted upon him, and in turn the world. We learn the world has been wiped out, now inhabited by a strange new breed of human called Crakers.

Like in Never Let Me Go, there’s a lonely element to this novel – the character Snowman wanders in this world alone, unlike the genetically modified Crakers, and like Kathy, only has his memories to keep him company, constantly being reminded of what has been lost through these recollections.

1984 is the classic dystopian novel – written in 1948 by George Orwell, it predicted a world in some ways very similar to the world now, where everyone is monitored and Big Brother is always watching. There is no freedom of speech, there isn’t even freedom of thought, as even thoughts are censored in this world, a world where one party in the state of Oceania controls all.

If you liked Never Let Me Go, then 1984 is a good one to follow up with as Winston and his lover Julia fight against the very things that mean to oppress them, as Kathy, Tommy and Ruth fail to do, and fail to even try. This novel, despite being written over seventy years ago, is incredibly timely and remains a very relevant read to anyone who has an interest in the dystopian genre.

Vox has a very interesting premise, where the women in this society wear counters, little bracelets on their arms that monitor the number of words they use, as they are only allowed to use a maximum of one hundred a day. Breaking these rules can result in electric shocks, to being publicly humiliated, to vanishing completely.

Women are housewives; they cannot have careers and most importantly, they are there to be seen and not heard, whilst the men are in control of everything else. When the leader of this society requires the help from former doctor Jean, allowing her to temporarily break free of the constraints of her counter, there seems to be an opportunity to change the world, and the guilt-ridden Jean signs up to make up for the mistakes of her past.

But the project isn’t for what they think it is, and could Jean be participating in the creation of something much worse, not just for herself, but for her daughter. The haunting world that Dalcher has created is a great option for readers looking for more books like Never Let Me Go.

Cormac McCarthy’s The Road is a haunting, much more toned-down version of the dystopian novel – there are no regimes in place, no constant monitoring or oppression of certain classes or genders – the world is simply gone, leaving a man and his young son to walk the road, trying to find something or anything to live for.

There is a companionship quality to this novel – the relationship between father and son is important as their survival depends on it. This, and books similar to Never Let Me Go, remind us of the importance of companionship, of relying on one another when all hope seems lost.

The Wall, by John Lancaster

The Wall by John Lancaster depicts a world that may sound like a very familiar ideology, where a literal wall has been put up to keep the ‘Others’ out, and the insiders safe. Everyone has a turn at defending The Wall – you are drafted to do a two-year sentence, and as long as you don’t let anyone in, you stay safe.

There’s only one rule, for every person who breaches the wall, another from within the wall has to go out. But out to what? This novel does what every good dystopian novel should – it takes very real ideologies or concepts and warps them into something that the reader can actually imagine happening.

What if the world did succumb to climate change? What if a dictator was allowed to build a wall? What if civilisation became every person for themselves? Joseph and Hifa, like Winston and Julia in 1984, and Kathy and Tommy in Never Let Me Go, are only forced closer together by their bitter circumstances, trying to escape the fate of so many before them but finding it futile.

Dystopian fiction is often closely tied with speculative fiction – it is the speculation, the “what if” questions that have this genre to be so alluring. What if cloning people simply to harvest their organs was a concept thought to be entirely ethical, if not required? Many of the novels like Never Let Me Go I have referred to above follow a familiar pattern, with the same main goal for each of the characters – to survive the best way they know how.

Are you looking for books like Never Let Me Go? Do you have any additions that didn’t make the list? Let us know in the comment! 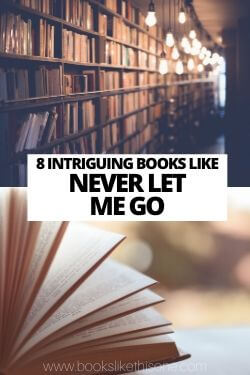