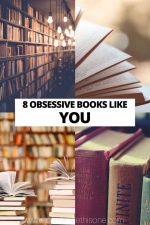 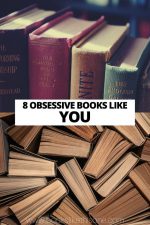 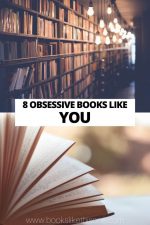 You hit Netflix at the end of 2018, both enthralling and disgusting its audience with equal measure, but the series actually began as a novel by Caroline Kepnes. Because of its popularity, it has many readers eagerly searching for more books like You.

Joe Goldberg, manager of a bookshop in New York City becomes obsessed with Guinevere Beck, an MA student who comes in shopping one day. From that moment, he cannot stop thinking about her and embarks on learning everything there is to know, whilst trying to stamp out her more unappealing qualities, or those around her who threaten his position in her life.

With the release of season two, based on Kepnes’ novel Hidden Bodies, you may be finding yourself looking for more books like You, and the next eight are just a few of them.

Graham Norton’s first novel, Holding, focuses on a small town in Ireland, where Sergeant PJ Collins is looking into the disappearance of Tommy Burke and investigating his estranged connections with the citizens of Duneen.

The novel, similar to in You, focuses on the theme of romantic obsession, as two of Tommy’s flames, Brid and Evelyn, had an intense love triangle and feud, so every discovery P J makes cultivates ten more questions.

The character studies done in this novel are enough to encourage a reader to pick it up, though Norton delves more into the faults that makes us human while Kepnes examines the faults that make us not. If you liked You, Holding portrays similar toxic relationships.

A classic of Stephen King’s and one of my personal favourites, Misery follows writer Paul Sheldon after a car accident, where he is seemingly rescued by Annie Wilkes, a former nurse who just happens to be a huge fan of Paul’s work. It doesn’t take long for Paul to question why he is set up in Annie’s home and not a hospital and realise that she wants much more from him than he is willing to give her.

Annie Wilkes is Joe Goldberg times one hundred, and her behaviour terrifies the reader just as much as it does Paul – after every violent step, you continue to follow their story with bated breath, just as in other novels like You.

Misery is in its own league of frightening and turns up the tension even more than Kepnes’, although that hardly seems possible and will interest any reader who is a fan of You.

Perhaps a more subtle approach to obsessive love, and one that is frighteningly relatable for anyone who has ever found themselves head-over-heels for someone, O’Neill’s novel portrays teacher Sarah as she falls desperately in love with Matthew, the father of one of her pupils.

Sarah only sees Matthew in secret, and quickly allows her life to spiral out of control in her pursuit to be desired by him. If you liked You, you will like Almost Love, and perhaps even identify with Sarah as she continues to make terrible choices in order to obtain Matthew, even at the cost of her work, friends and family.

The first of O’Neill’s more adult novels is a massive hit and raises uncomfortable questions about the nature of desire.

Steven’s novel, Devotion, is about Ella, a broke young woman living in New York City, has similar themes of obsession and destruction as You, as she becomes embedded in the lives of her employers, James and Lonnie. Desperate for money, Ella takes a job as a nanny for a wealthy couple, and soon finds herself fascinated by their lifestyles, particularly Lonnie’s.

Lonnie and Ella quickly become friends, though at times while reading the novel you’re unsure whether Ella wants to replace Lonnie or be with her, as she flirts with Lonnie’s husband and also his best friend, whilst wearing her clothes and setting up house in her home.

Eventually, Ella’s obsession turns dangerous, and just as in books like You, she learns the price of allowing yourself to wish to own a person so completely, with consequences ensuing that affect much more than her employment.

Room is narrated by five-year-old Jack, who has unknowingly been held captive all his life along with his mother in a small shed he knows as ‘room’. Slowly the story of how he came to be in room emerges, along with the introduction of Old Nick, who has been sexually assaulting his mother for years.

The story is dark and twisted, at times very difficult to continue reading, and comes from the victim of obsession, rather than the perpetrator like in You. If you like the dark narration in novels like You, Room depicts this and more, portraying the devastating effects such abuse can have on people, and how these effects can creep up long after it’s over.

The Guardian, by Nicholas Sparks

When Julie’s husband passes away and leaves her a widow, she vows that she is done with love. However, as time passes, she begins to feel romance again, and starts pursuing two different men, a handsome stranger called Richard, and her best friend Mike.

What Julie doesn’t realise is her affections have begun brewing something terrible within one of these men, an obsession that demands to be reciprocated, and unknowingly she has become the object of such obsession.

The Guardian is similar to You in characters and themes; it is a natural follow on if you enjoyed Kepnes’ novel, taking a much more sinister tone to the work Sparks is generally known for.

Wuthering Heights is often perceived as a love story, and in some ways it is, but there is a level of darkness that cannot be ignored, and often taints the romantic moments of this novel.

There is something aggressive and animalistic about Heathcliff in his pursuit of Cathy, similarly to Joe in You, even though Cathy returns his affections, just as Beck returns Joe’s. Wuthering Heights has a special meaning to Joe in the series, so fits into this list of books like You quite nicely.

Do you already know and love Emily Bronte? Check out this list of more books like Wuthering Heights!

Stolen is very much within the same genre as You. Teenage girl Gemma Toombs is kidnapped by a stranger called Ty in the airport whilst on her way home from a family holiday in Bangkok. She wakes up in the desert in Australia, miles from civilisation, where Ty tries to gain Gemma’s affections.

This is at times an uncomfortable read as we watch Ty pine over the terrified Gemma, and even more so when she begins to feel some sort of fondness towards her kidnapper.

As in books like You, there’s always a distinctly sinister tone where any sort of compassionate gesture, from Joe or in this case, Ty, is always dripping with menacing intent – the reader has to constantly remind themselves that this wrong.

Despite the narrative often being disturbing, there is something undeniably fascinating about entering the mind of a sociopath, as Kepnes shows us with Joe in You. There’s a reason the Netflix series has done so well and has recently been renewed for a third season, and the novel is actually much more disturbing than the programme.

These novels present similar obsessive personalities, some more extreme than in books like You, and others much more subtle and less dangerous, but no less toxic.

Are you looking for more books like You? Have any suggestions that didn’t make the list? Let us know in the comments! 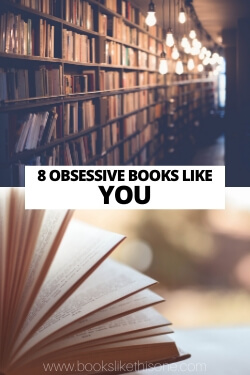