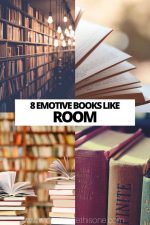 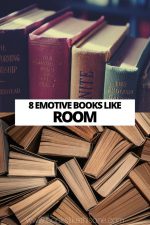 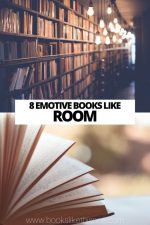 Were you moved by Emma Donaghue’s bestselling novel and are you looking for more books like Room?

Room is the story of a five-year-old boy called Jack, and his Ma, and the place they live, a place Jack thinks of simply as “Room.” What is different about this novel is that it is narrated entirely through the eyes of Jack, which makes it difficult to discover what’s going on, as Ma has done her best to protect her son from the truth about their circumstances.

As the novel continues, it is clear that Ma was kidnapped years ago, by Old Nick, who visits them frequently in “Room” and continues to keep them captive, despite Jack’s questions. The novel is about perseverance and trauma, and the resilience of children in extreme circumstances.

The following novels are either about this same resilience, about captivity, or about the extreme lengths a mother will go to in order to protect her children, just like in Room.

The Institute, by Stephen King

Luke Ellis has always been more than a bright kid – it becomes clear there is more to him than just brains, and unfortunately for him and his family, that becomes obvious to others too, who wish to exploit him.

Luke is kidnapped one night by a secret organisation, and taken to The Institute, a kind of prison/lab for highly gifted children, where he is subjected to training and experiments against his will.

Once there, he makes some friends, friends who also have the same supernatural abilities as him, and together they try to help one another through this terrifying process, at least until they are one by one transferred to “Back Half,” where no children have ever returned from.

The Institute reminds me of Room because it is from the point of view of a pre-pubescent child, who is taken captive, with no hope to escape, just like Ma. Although he is slightly older than Jack, Luke doesn’t even have the comfort of his parents being with him to cope with the extreme stress he is now under. Just like in Room, Luke must try to negotiate power of his own, and escape The Institute, or face disastrous consequences.

One-minute Gemma is in the airport with her parents, the next, she’s woken up in a deserted house, with Ty, a man she has never met. Just like in books like Room, Gemma has been lured in by a stranger and kidnapped, removed from everything she’s ever known, with no hope of returning to normality.

It is clear that Ty is hoping that Gemma will eventually fall in love with him, and though it takes some time, a series of incidents results in Gemma finding comfort in the only other human for miles.

Stolen is a must-read if you were a fan of Room, it tells the same dark story of a girl kidnapped, although it is written in the second person, as a letter from Gemma to Ty, as a way for her to understand her feelings.

While Ma is terrified of Old Nick in Room, Gemma begins to feel a certain level of tenderness for her captor and though you cannot forgive Ty for the extreme measures he took to get to know Gemma, he is not as harmful as Old Nick is to Ma.

This is the complicated tale of someone who develops Stockholm Syndrome, and how in certain situations, out of loneliness or desperation, a bond can be formed.

The Choice is the true story of Edith Eger and her experience in Auschwitz during World War II in 1944. At the age of seventeen, she entered the camp, along with her sister, and had to watch as her parents were sentenced to death, all while hoping she could remain safe just long enough for the war to be over.

The story proceeds to tell us how Edith recovered from this trauma, how she dealt with the memories of Auschwitz and all the ways in which it damaged her life. Just like in books like Room, it is not enough to have just escaped this ordeal, there are lifelong repercussions, and facing them is no easier than being kept in captivity, never knowing if the next day was promised.

This novel is inspiring, beautifully written but also brutally honest about the devastation of the Holocaust, and the exact ways in which people in Auschwitz were either tortured or killed.

The Diary of a Young Girl, by Anne Frank

One of the most famous diaries from around the world, there’s hardly a person who has never heard of Anne Frank. Having to flee their home in Germany during World War II, the Franks escape to Amsterdam, eventually having to go into hiding as they are Jewish.

Anne, the youngest daughter, begins writing in a diary, where she documents the next three years of her life in the Annex, where they live with another family and a dentist and dread every day that they may be discovered.

The diary is not unlike novels like Room; it may even have been an inspiration for Emma Donoghue. Although in extreme circumstances, Anne must try to make the best of her life in hiding, finding ways to continue learning, with hopes she will one day get to leave.

This is not unlike how Jack learns to find contentment in his life in Room, although he has never known anything else. That Anne never gets the chance to escape the Annexe pervades the pages and makes the diary at times very difficult to read, but if you are interested in reading stories such as these and you enjoyed Room, The Diary of a Young Girl is a must.

One of Stephen King’s lesser-known novels, Dolores Claiborne is ultimately a novel about a mother’s love, and the extreme lengths she is willing to go to for her children.

Dolores has been married to Joe for years and has been at the mercy of his fists for just as long, but when she begins to suspect that her husband has been harming her children, she decides enough is enough, creating an elaborate ploy to try and get away with murder.

Like Ma is protective of Jack in Room, Dolores’ whole world is her three children – she works a back-breaking job as a housekeeper for a rich old lady in order to make sure they never want for anything. She’s not a fulfilled person, but she seems content enough knowing she is doing all she can to keep them safe – until she has to go a step further.

A wonderful novel about maternity, just as in books like Room, the bond of a mother and her children is one of the main themes and is what makes this novel so special.

Instead of being taken against her will, she is abandoned by all the family she has, first her mother, then her siblings, and finally her father, a violent drunk. She is left alone at a very young age in her home, which is a shack beside a marsh, a place where many would find difficult to live.

Kya’s place of captivity in many ways is the marsh, and yet, in her desperate loneliness, she grows up and becomes one with the land, out of necessity. Kya keeps to herself, even when she is called names, and she rejects anyone that tries to take her into care, finding she is much happier to be on her own.

But when she meets Tate, he begins to help her change her life. A beautifully written story, Kya reminds me of Jack, particularly at the start of the novel, where she is trying to come to terms with her circumstances at the young age of six. Like in Room, she does what she can to make the best of things, proving once again, as is proved with Jack, how resilient children are.

Misery is the story of a kidnapping, but not of a child. Annie Wilkes, a former nurse, takes it upon herself to rescue a man she finds out on the road from a car crash, a man who just happens to be her favourite writer, Paul Sheldon.

Although Paul is initially grateful for being rescued, he soon begins to question the circumstances of his accident, and the true motivation behind Annie saving him, and might it just have something to do with how he ended his last novel.

Just like Ma and Jack in Room are at the mercy of Old Nick, often finding themselves in uncomfortable positions because of him, Paul must learn how to negotiate life with Annie, as it becomes clear very quickly she has no intention on letting him leave.

Like in many books similar to Room, there is tension in nearly every chapter; the reader feels a degree of the same fear that Paul does, and yet, cannot help but continue to read, to watch the horrors unfold, almost as helplessly as Paul as well.

Misery is a little more graphic than Room, purely because Room is narrated by a five-year-old who doesn’t really understand what is happening, while Misery is narrated in the third person, making every detail explicit. If you liked Room, you should like Misery.

There is no kidnapping in The Curious Incident of the Dog in the Night-time, but that’s not to say that this novel doesn’t portray a certain level of captivity. Christopher is on the spectrum, suspected to have Asperger’s or a form of autism, although it is never confirmed.

He lives with his father, and has a seemingly quiet life, until one day, he comes across his neighbour’s dog, Wellington, who has been impaled with a garden fork. Christopher takes it upon himself to discover what happened to the dog, but his investigation reveals facts to him that he could never have imagined discovering. In the novel, due to his condition, Christopher’s father often keeps things from his son, hoping to protect him, although whether his choices are always right is up for debate.

In some ways, he wraps him up in cotton wool so much, that it is like Christopher has been held captive to an extent, kept in his father’s house by being fed lies, or by the truth being withheld from him. When Christopher discovers certain truths, it is reminiscent of Jack learning what the true situation himself and Ma are in, and just as in books like Room, the eventual revelation is heart-breaking to read.

All the novels above portray a certain level of captivity, in many different forms, whether that’s physical captivity, or captivity of the mind, being held hostage by not knowing the whole truth, or not knowing how to escape.

Room was highly praised when it came out, not only because it dealt with difficult issues such as sexual assault and severe mental trauma, but also because it was written from the perspective of the child, and not Ma’s. The novels above are very similar in their storytelling, and anyone who enjoyed Room will definitely enjoy them.

Are you looking for more books like Room? Have any recommendations that didn’t make the list? Let us know in the comments!