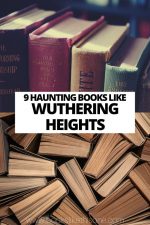 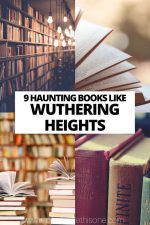 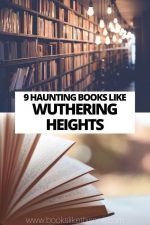 Wuthering Heights is one of the most famous novels to come from the literary force that is the Brontë sisters, published in 1847 it is Emily Brontë’s first and last novel. A Gothic tragedy which centres around the character Heathcliff, troubled childhood orphan turned wealthy landlord of the Wuthering Heights estate. The fragmented narrative uncovers his life and torturous relationships particularly with his adoptive sister Catherine.

It has all the makings of a Victorian classic: forbidden love, destructive passion, a tangled web of relationships, the struggle of social hierarchy, revenge and death. All while set on the Yorkshire moors, wicked imagery which mimics the raw, savage emotion apparent throughout this complex masterpiece. If you are searching for more books like Wuthering Heights, then these suggestions are a must read.

Tess of the d’Urbervilles, by Thomas Hardy

Thomas Hardy’s 1891 novel Tess of the d’Urbervilles deviates slightly from conventional Victorian fiction however there is still plenty of elements that fans of Wuthering Heights will enjoy, including a love triangle, murder, gender inequality and heartbreak which is all balanced by the pastoral portrayal of Wessex that Hardy is famed for.

The novel is as famous for its heroine, the impoverished Tess Durbeyfield, as it is for its tragic plot as we see Tess fall victim to the hands of men, sacrificing her personal happiness with the man she loves, Angel Clare, for economic survival with the cruel yet wealthy Alec d’Urberville to devastating effect. The grim and real depiction of social injustice in Tess of the d’Urbervilles makes it an absolutely gripping read.

Rebecca is a tale of love and infatuation, Daphne du Maurier’s Gothic novel is as haunting as it is beautiful and therefore the perfect choice for anyone looking for books like Wuthering Heights.

It has an equally complex plot told from the point of view of a mysterious unnamed narrator, the second wife of the wealthy Maxim de Winter who lost his first wife, Rebecca, under suspicious circumstances. Driven to the point of madness we witness the second Mrs de Winter struggle to live in the ghostly shadow of Rebecca with the seemingly perfect image of her becoming an obsession as Rebecca’s overpowering presence continues to haunt the newlyweds.

Set in the wilds of Cornwall, this psychologically charged novel leaves no doubt that you will be thrilled by Rebecca.

Already read this book? Then make sure to check out our list of more books like Rebecca!

Initially met with criticism for its controversial content, Oscar Wilde’s 1890 Gothic novel The Picture of Dorian Gray, is today regarded as a classic and is an equally enjoyable read if you like Wuthering Heights.

Dorian Gray is a handsome, cultured and charming young man who immediately captures the eye of society artist, Basil Hallward when he paints him, with Gray coming to be something of a muse.

Set in Victorian London, home to opium dens and debauchery where beauty is prized higher than good morals, Gray becomes heavily influenced by Lord Henry, a friend of Hallward’s, who introduces him to the superficial nature of high society. Obsessed with his appearance and the fact he will not always look as good as he does in Hallward’s painting, Gray pledges his soul for a life of perpetual youth with ultimately tragic consequences.

If you like the elements of the supernatural in Wuthering Heights, then you are sure to enjoy reading The Picture of Dorian Gray.

The Tenant of Wildfell Hall, by Anne Brontë

Published just a year after Wuthering Heights, Anne Brontë’s The Tenant of Wildfell Hall was at first considered quite shocking because it challenged typical gender roles and portrayed domestic dramas, a subject considered taboo amongst the upper class of Victorian England.

Today, we recognise a novel ahead of its time in its depiction of a strong female lead, Helen Graham, as she breaks away from expectation and seeks a better, safer life away from her abusive husband.

Common in gothic fiction and similar to the fragmented narrative of Heathcliff’s flashbacks in Wuthering Heights, The Tenant of Wildfell Hall is framed by a series of letters and diary entries between one of the central characters Gilbert Markham to his friend concerning Helen’s mysterious arrival to the village.

No list of novels like Wuthering Heights would be complete without an appearance from some other Brontë titles and The Tenant of Wildfell Hall will not disappoint.

Coined as Edith Wharton’s darkest novel, Ethan Frome has many of the same aspects that readers of books like Wuthering Heights will appreciate like the contrasting social views on marriage and divorce, obstacles in the way of desire, tragedy and impressive imagery.

Set during a bitter winter in Massachusetts, an unknown narrator attempts to piece together the life of the elusive Ethan Frome from various sources throughout the little village of Starkfield, the detail cleverly being in what is not said. Frome is revealed to be a tragic hero, torn between his obligation to ill and ailing wife Zeena and his true feelings for Mattie Silver, their young and vibrant maid.

This is a punishable love story, laced with Wharton’s renowned sense of irony which sees Frome ultimately imprisoned in this love triangle for the rest of his life. Ethan Frome is as tormenting as it is compelling and is truly a moving read.

Another tale of destructive love, this time set in the wilds of Russia, Leo Tolstoy’s Anna Karenina takes place amidst the historical changes that swept the country during the late 19th century.

The title character, Anna Karenina is trapped in an unhappy marriage to Count Alexei Karenin but whilst on a family visit to Moscow, Anna meets Count Vronsky, a dashing military man. Instantly falling for each other the plot unfolds depicting one woman’s journey risking everything in the pursuit of true love. The novel continues to circulate around three couples whose lives intertwine as they navigate marriage, adultery, divorce, death and families.

The portrayal of the darker sides of love and what it leads you to do is a theme consistent with lots of the other books compiled here, which means if you like Wuthering Heights then you are sure to fall in love with Anna Karenina, too.

If you are looking for more books like Wuthering Heights because you enjoy a rags to riches tale, then Great Expectations by Charles Dickens will prove to be a thoroughly delightful read.

The novel centres around Pip, an orphan who falls in love with a beautiful young girl named Estella who treats him coldly and cruelly. In order to win her heart, Pip is driven to turn his life around so that one day he may be rich, educated and worthy enough to marry her. Unfortunately, the wealthy and eccentric Miss Havisham, Estella’s aunt, has different ideas and remains steadfast on fulfilling an ancient act of revenge.

Sheridan le Fanu’s 1871 Gothic horror, Carmilla, digresses slightly from the genre of other novels appearing on this list however, it does echo elements which fans of novels like Wuthering Heights will enjoy such as infatuation, loss, supernatural and the all-consuming and destructive powers of love and lust.

Set in an isolated castle in the spooky forests of Austria, the novel is pieced together with a young woman’s recollections of her encounter with a vampire and a Doctor’s casebook, detailing a mysterious spate of illness afflicting local peasant girls in the area.

Illnesses which coincidently started at the same time as the arrival of Carmilla, a young girl whose carriage breaks down outside the castle where the character Laura and her father live. Famed as one of the first classic vampire novels, Carmilla is sure to terrify and amaze you.

Last but by no means least, the third Brontë sister to enter the list of books like Wuthering Heights is Charlotte Brontë’s highly acclaimed Gothic romance, Jane Eyre.

The novel follows the punished orphan Jane as she navigates her way through life from escaping her cruel aunt, Mrs Reed to surviving the horrors of a wicked school for orphans. But it is when she takes on the role of governess at Thornfield Hall that she encounters love and heartbreak in the form of Mr Rochester, the secretive, older master of the estate.

Jane Eyre is another groundbreaking novel years ahead of its time by portraying a woman who longs for freedom in such a way and is so fiercely independent. It is quite clear to see why the Brontë sisters have made such an indelible mark on English literature and helped to shape so many authors and literary themes today.

Already read this book? Then make sure to check out our list of books like Jane Eyre!

As you can see there are plenty of books like Wuthering Heights that are as enjoyable and well worth a read whether it is for the supernatural elements common in Gothic literature or the darker, tragic sides of love and lust.

Are you looking for books like Wuthering Heights? Do you have any that didn’t make the list? Let us know in the comments! 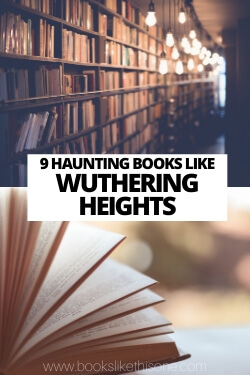