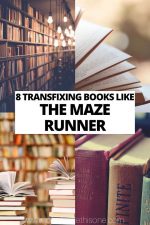 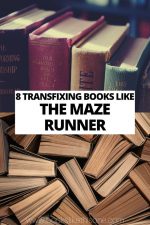 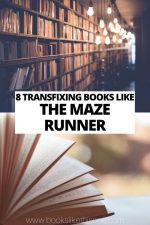 The Maze Runner has become almost as iconic as The Hunger Games in YA fiction. Thomas Dylan’s attempts to escape a dangerous maze whilst trying to recover his memory, is an addictive adrenaline rush. Because of its popularity, many readers have been on the hunt for more books like The Maze Runner.

The tale of Thomas and his fellow ‘runners’ has become part of popular literary culture with the trilogy already adapted to film. Yet, The Maze Runner is one of many modern dystopian fantasy novels that have captured the public imagination.

Any search for books like The Maze Runner will bring you to Lu’s best selling novel Legend. Set in a future where the western US has broken off and renamed itself ‘the Republic,’ Legend begins as a ‘whodunnit.’

15-year-old June serves as our main protagonist and is part of an elite class of wealthy citizens. Things become interesting when June’s brother, Metias, is murdered bringing her into contact with Day, a fellow 15-year-old born in the slums. Day has been accused of her brother’s murder, but as always with good thriller stories nothing is quite as it seems.

Characters from two different worlds is not a new trope, but executed well it still works. Mixing themes of revenge, survival and truth, Legend is a great starting point if you’re looking for similar titles to The Maze Runner.

Tunnel in the Sky, by Robert A. Heinlein

Described as ‘juvenile fiction’ in the 1950s, Tunnel in the Sky was shaping dystopian YA over half a century before books like The Maze Runner were even a glint in a publisher’s eye.

In a possible future, overpopulation on Earth has been stopped by the invention of teleportation (Star Trek fans should be energised). Now the planet’s excess population are simply transported to other planets in order to lead new lives.

Enter Rod Walker, a high school student who dreams of being a professional colonist, but first he has to pass a final test as part of his advanced survival class: stay alive on an alien planet for at least 2 days out of a possible 10.

The plot of Tunnel in the Sky was written 69 years before The Maze Runner hit bookshelves, yet both novels follow a similar story arc. Like Thomas, Rod is placed in a hostile unfamiliar environment and told to survive in whatever way he can.

Naturally, all is not what it seems and like Thomas, Rod is soon left wondering if the survival test is hiding something more sinister. Well worth a read if you’re looking for books similar to The Maze Runner.

Across the Universe, by Beth Revis

Many books like The Maze Runner are hugely imaginative but you have to admire a novel set on a spaceship called Godspeed. The name of the ship alone invites mystery with a sinister air attached.

17-year-old Amy has been frozen in cryogenic suspension along with her parents and 100 other interplanetary settlers as Godspeed makes its way towards a distant earth-like planet. But Amy has been woken up early to help solve a murder mystery before the killer strikes again and dooms the entire ship.

Part thriller, part ‘whodunnit’, part coming of age tale, Across the Universe is the first book in a well-received trilogy that began in 2011. Interesting fact; when Shades of Earth (the final book in the series) received more pre-orders then the other two books combined, the publisher launched a copy of Across the Universe into space.

The morality of shooting books into space is a discussion topic for another day, but Across the Universe more then earns its place as a good read for young adults.

Reading books like The Maze Runner can tend to leave you feeling a little browbeaten. Death, collapsing societies and post-apocalyptic worlds will tend to have that effect. Fortunately, Nemesis brings a welcome touch of mystery blended with the supernatural.

The story begins with Min, a seemingly ordinary teenager in an otherwise normal world. Except every two years on her birthday, the same man finds and kills her in cold blood. End of story you would think… except two hours later Min wakes up in a clearing outside of her hometown to find herself alive, unhurt and all trace of the crime erased.

Things get weirder when we’re transported into the life of Noah, a young man living across the valley plagued with nightmares of death, murder and disaster. Nemesis is a thrilling mystery ride designed to keep you guessing until the very last page.

It is hard to make a list of books like The Maze Runner without at least mentioning Divergent. Published in 2011 and hot on the heels of The Hunger Games, Roth’s dystopian trilogy holds up well compared to some titles.

Dividing society by personality type is an entertaining method of control, and certainly keeps interest piqued throughout as protagonist Tris learns she is different to other members of her faction.

Divergent parallels many of the themes found in The Maze Runner; mystery, hidden truths and more. The books were well received on publication and the movies, whilst having mixed reviews, have succeeded at the global box office. Divergent is a high profile comparable title, but it is one worth checking out if you haven’t done so already.

One of my favourite modern science fiction titles, I am still confused as to why Red Rising is classed within the YA genre. Brutal, unrelenting and graphic with a fascinating glimpse into a possible future empire ruled by a strict tiered class system.

The greatest achievement of Red Rising lies within its story and prose. It is rare to find a modern page-turner as addictive as this, though many have tried. Brown is already halfway through his second trilogy set in the same universe alongside developing a TV series based on the first book.

Similar to The Maze Runner in terms of pace and audience, Red Rising is arguably a more expansive title taking the reader to the edge of the solar system and back. Wrestling with themes of revenge, revolution and the moral implications of trying to reform a society that a large majority doesn’t want to be reformed, Brown’s epic saga should be at the top of any adult’s reading list.

A sharp reflection of the current ‘celebrity perfection’ culture, Uglies is a great book to read if you’re looking for similar titles to The Maze Runner.

Our main protagonist is Tally Youngblood (yes, the surname is a little ‘on-the-nose’). Tally is about to turn 16 and in the world she lives in, her birthday means she’s about to undergo a mandatory operation to make her ‘pretty’. A life of fun defined by beauty awaits her on the other side.

A spanner in the works is thrown in the form of Shay, one of Tally’s friends. Shay refuses the operation and runs leaving Tally with a choice: deliver her friend to the authorities, or give up any chance of ever being ‘pretty’.

Uglies is a surprisingly sharp jab at our modern culture of airbrushed looks, plastically modified bodies and braindead celebrity obsession. It is easy to imagine Westerfield sitting down to watch an episode of Love Island before taking out a gun and shooting the television.

Tally is a believable lead making the reader want to accompany her on her journey as she finds out what ‘pretty’ actually means in a world obsessed with a specific definition of it.

Finding books like The Maze Runner is a relatively easy task, but I am genuinely surprised by the number of lists that don’t include Lord of the Flies. I first read this as a set text for my English GCSE at school, but was quickly taken in by the plot and characters.

If you’re not already familiar with the story, Lord of the Flies follows a group of schoolboys marooned on an island following an accident. At first, they think this is fantastic. A whole island to explore and make their own rules. Of course, they soon realise that life is never that simple and when a power struggle begins, the tale takes a suitably dark twist into a living nightmare.

There are so many scenes to highlight in this book, but it is better for you to read the novel yourself and decide which bits stick in your own mind. Macabre, fascinating and with characters you genuinely can believe are real, Lord of the Flies is a classic for a reason.

The Maze Runner is a fun and enjoyable thrill ride, popular with adults both young, old and somewhere in-between. If you’re looking for similar books then the above suggestions should keep you reading for some time yet.

Are you searching for more books like The Maze Runner? Have any suggestions that didn’t make the list? Let us know in the comments! 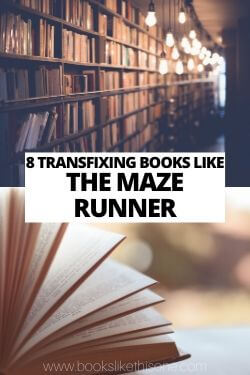