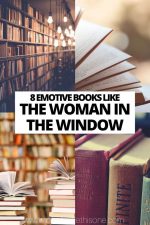 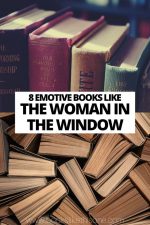 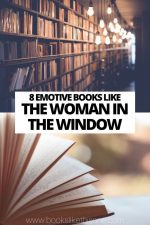 The author does not come without controversy, as he was outed for having lied about having cancers, finally admitting a couple of years ago that he did so as he struggled with his mental health, specifically his bipolar II diagnosis. Controversy aside, his novel has been largely well-received, with a film adaption due to come out starring Amy Adams and Gary Oldman.

The novel is brilliant as a thriller, but perhaps what is more interesting is how it examines the condition agoraphobia, the fear of leaving one’s home. His protagonist, Anna Fox, suffers from such a disorder, making the novel read as original and fresh, a concept that unfolds vividly.

A novel that is largely set in only one person’s home risks getting boring, but if anything the confinement Anna feels towards her home only intensifies the story of her witnessing a violent crime in her neighbour’s home and being unable to do anything about it.

The following novels are a mixture of genres, but they all focus on a disorder of some kind, bringing new light to illnesses unknown, or how trauma can impact a person’s life, just like in The Woman in the Window.

Eggshells is a very niche novel – it won’t be for everyone but it is written wonderfully. As in books like The Woman in the Window, the story focuses on one woman’s struggle, in this case, Vivian.

Vivian knows she isn’t like other people – she has no friends, and barely any family, and she lives by herself in a house left to her by her Aunt before she died. Vivian’s life, like Anna’s, is run by little rituals – she walks around Dublin in hopes of finding the real world that she is from. What Vivian perhaps wants most in the world is a friend, and so she advertises for one, who must be called Penelope.

The story is slow, and there aren’t many explanations – one has to question nearly everything in the novel, wondering what’s fact and what’s fiction, but that is hardly the point of it.

Vivian is never diagnosed with anything – she believes that she is a Changeling and that is why she doesn’t fit in – but nevertheless the story does a brilliant job at examining loneliness in someone who is different, and the power of friendship to such a person.

Sharp Objects isn’t just a typical thriller – it’s examination into depression and self-harm is illuminating and devastating. When Camille Preaker is offered a work opportunity to write a story in her hometown, she has her reservations at returning to Wind Gap.

Her relationship with her mother is strained, her sister died many years previously and she barely has a relationship with her half-sister, who is out of control. Camille has been trying to get a handle of her demons ever since she left Wind Gap, and fears what it will mean for her to return, particularly to report on the disappearances of young girls.

The novel has many twists and turns, just as in other thriller books like The Woman in the Window, but the insight into Camille’s mind is written extraordinarily well, as we’re walked through her alcoholism and troubles with mental health.

Her self-harm, although potentially triggering, is an interesting addition to the novel, as it is an issue many people face, and yet rarely makes it into books or television.

Gail Honeyman’s Eleanor Oliphant is Completely Fine was a book that was spoken about non-stop for months – upon its release, you could not avoid seeing someone holding a copy of it on a bus, in a café, on their bedside lockers. It’s a heart-warming story, but it is not without its tragedies.

Eleanor Oliphant has never fit in – she struggles with her social skills and doesn’t realise when it is or isn’t appropriate to tell someone how she feels at any given moment.

Unfortunately for her, this trait leaves her without friends and family, and often Eleanor spends her evenings alone, drinking vodka, and pretending that she is completely fine. Until she meets a friend, and suddenly has a purpose.

Eleanor’s story is a devastating one – you wait a long time to learn what trauma befell her that makes her the way that she is, just like in The Woman in the Window. It only makes you love Eleanor even more, and understand her quirks and difficulties relating to people. A must-read for any book lover.

Already read this book? Check out our list of more books like Eleanor Oliphant is Completely Fine!

A Line Made by Walking, by Sara Baume

One of the best novels I’ve ever read, Sara Baume’s novel A Line Made by Walking is the hauntingly beautiful story of a young woman who is trying to overcome depression. The Guardian said of the novel that it was a story about “the art of falling apart” and this theme pervades the novel literally and through symbolism.

Each chapter begins with a photograph of an animal corpse, which sounds morbid, but in fact only enhances the story’s message about decay and rebirth. Frankie is a twenty-five-year-old artist who abandons her life in Dublin in order to move into her late grandmother’s bungalow in rural Ireland, unable to heal from her death three years previously.

If you’re looking for a novel that is plot-heavy, this may not be the novel for you; however, it is an incredibly written story of a woman trying to heal from her trauma, just as in books like The Woman in the Window.

The Curious Incident of the Dog in the Night-Time has a lot of prestige – only last year, it was voted as number 19 on the 100 best books of the twenty-first century by The Guardian.

It frequently makes lists such as these, and it is a wonderfully original story about a teenage boy, Christopher, dealing with behavioural issues, which are thought to be Asperger’s, autism or savant syndrome, although the novel never clarifies which or if any of these are accurate.

Christopher lives with his father and tells us that his mother died two years previously. One night, Christopher discovers the dog who lives next door, Wellington, impaled by a garden fork. He then sets out to discover who would have committed such a crime in his neighbourhood, leading to a mystery that is original and unputdownable.

The novel is perhaps so popular because of the protagonist and his unique way of looking at the world – it creates paths to understanding someone on the autism spectrum and makes for a truly intelligent story.

Like The Woman in the Window, it is illuminating in the way it works through the mystery, in the eyes of someone who is finding it difficult to cope.

The second Sara Baume novel on this list, Spill Simmer Falter Wither was her first novel and was published by the somewhat exclusive Tramp Press, who are extremely particular about what they choose to publish.

The novel follows a recluse, similar to Anna Fox, but unlike Anna, the narrator, who you eventually learn is called Ray, can leave the house, he just often chooses not to. He goes for walks, reads, does small shops, but otherwise remains alone, and if he is not happier this way, he is at least comfortable in this way of life. Until he meets a dog, a one-eyed mongrel who is described to look quite ugly.

Ray takes ownership of him, perhaps seeing in him, something unwanted and lonely, that he also sees in himself. The novel then proceeds to be about the unlikely companionship between the two of them, and how each serves the other. The story is not action-packed, but it is written beautifully.

It examines the depths of loneliness, just as in novels like The Woman in the Window, and how someone who is a little different survives, despite living in a world unaccepting of them.

A Girl is a Half-formed Thing, by Eimear McBride

Perhaps the most experimental novel on this list, Eimear McBride unravels a story of trauma in her coming-of-age novel A Girl is a Half-Formed Thing. The narrative follows a stream of consciousness that at times can be difficult to understand but serves the storytelling perfectly.

The protagonist has dealt with several forms of trauma in her short life – her entire childhood has been taken up by the side effects of her brother’s brain tumour. Her mother is abusive, and she suffers at the hands of her predatory uncle, which is why our protagonist, as the title of the novel suggests, is half-formed – her development has been stunted by the horrors in her life.

This novel isn’t for everyone – it is difficult in subject matter and in writing style, but it is entirely worth it; it is a read like no other. Trauma is forced upon the protagonist, just like in The Woman in the Window, turning her life completely upside down.

The only novel on this list that is non-fiction, Edith Eger takes us through her life, where she survived her time in Auschwitz and had to learn to live with the pain of this for the rest of her life.

Edith became a psychologist after she dealt with her own pain from her time in Auschwitz, and still lives today at the age of 92. The incredible story told in The Choice serves as a history lesson, as well as a lesson in all things to do with life, particularly trauma, and learning to live with it.

Edith is known as a teenage girl who was forced to dance for SS Officer, Josef Mengele, who was also known in Auschwitz as The Angel of Death. The Choice will undoubtedly change your outlook on life and absolutely deserves to be read.

The novels on this list are often made stronger by their protagonist’s struggles and differences – The Woman in the Window would not be nearly as engaging if it weren’t for Anna’s phobia, and how that dictates the way the story is told.

These characters are either unique in their personalities or have suffered extreme duress in their lives, that has made them the way that they are. Each protagonist’s differences make the novel more spectacular.

Are you looking for more books like The Woman in the Window? Have any recommendations that didn’t make the list? Let us know in the comments! 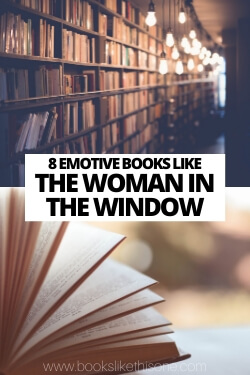