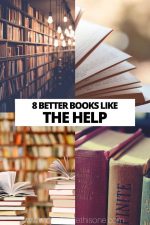 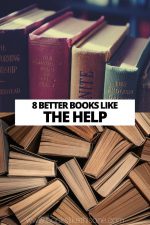 Kathryn Stockett’s 2009 novel The Help quickly became a bestseller, with much critical acclaim and even an Academy Award Winning film adaptation being released in 2011 meaning many people are searching for more books like The Help.

The novel, which follows the life and trials of black housemaids in 1960s Mississippi, has also been met with its fair share of criticism, however. Though the novel does bring to attention to the history of racial discrimination and the abhorrent treatment of black people in the American south in the 1960s, it does lean heavily on the problematic “white saviour” trope and implies that the black women would not have had a voice to speak up had it not been for the privileged woke white lady who wrote a book for them.

This doesn’t mean that the book is bad, however, and many readers were compelled by the story and Stockett’s writing style. If you’re looking for more books like The Help and are interested in getting a more well-rounded literary view on race in America, check out these novels.

It would be remiss of me if I were to write a list of books like The Help and neglect to include Harper Lee’s classic 1960 novel To Kill a Mockingbird.

Set in the years 1933-35, the novel is told from the perspective of six-year-old Jean Louise “Scout” Finch, a young girl growing up in a small town in Alabama. Though the novel does follow many themes including coming of age and a loss of innocence, it is most known for its honest telling of racial injustice.

The prominent storyline in To Kill a Mockingbird follows the trial of Tom Robinson, a black man who is falsely accused of raping a white girl. His legal representation is Atticus Finch, Scout’s father. Despite the fact that Atticus establishes that the accusers are lying, Tom Robinson is convicted for the crime anyway.

To Kill a Mockingbird is well-known for its 1962 film adaptation starring Gregory Peck as Atticus, and also for the controversey it has garnered along the way. It continually finds itself of the American Library Association’s list of the most frequently challenged books and, most recently, has drawn attention after being removed from a Mississippi school district’s curriculum.

Regardless of the controversy, there is no doubt that To Kill a Mockingbird is an excellent book to read if you want to learn about the reality of racial injustice in America and become aware of the struggles that the country is still facing today.

If you’ve already read this title, check out our list on more books like To Kill a Mockingbird!

If you are looking for books like The Help because you are interested in race relations in America, then Chimamanda Ngozi Adichie’s Americanah is a great choice for you. Actually written by a black woman and told from the perspective of a black woman, Americanah is an excellent novel that informs the reader about what it is like to be a black woman in America today, all while crafting an incredibly compelling story.

The novel follows Ifemelu, a Nigerian woman who ends up immigrating to the United States. Through this time, Ifemelu learns what exactly it means to be black for the first time and what kind of role that race plays in American society today.

Through some heartbreaking trials and tribulations, Americanah is an excellent picture about just what it means to be black in America today and empathetically informs the reader that we didn’t leave fraught race relations behind in the 1960s era of The Help.

If you liked The Help because you were intrigued about the different lives that people of colour live in America compared to white people, then Zadie Smith’s 2000 novel White Teeth is a good option for you.

Set across the Atlantic in London, White Teeth follows the story of an immigrant family from Bangladesh and their struggle to maintain their traditional values in an incredibly liberal and multicultural city.

Much like the other novels in this list, this novel deals with race-relations in a white-dominated society, while also bringing significant attention to the life and trials of what it means to be an immigrant in the UK.

Receiving much critical acclaim, White Teeth was Zadie Smith’s debut novel and is a fantastic read if you want to learn more about racial relations in the UK and similar countries.

Heading back to the American side of the Atlantic, the next book on this list of novels like The Help is Octavia E Butler’s 1979 novel Kindred.

This novel, based off traditional slave narratives, follows a modern-day black woman called Dana who is inexplicably called back in time from her life in 1976 to a Maryland plantation in 1815.

Published with much critical acclaim, Kindred provides a horrifyingly accurate depiction of the realities of slavery away from its traditionally white-washed iterations in literature an Hollywood. It features a strong female character trying to survive when the odds are invariably stacked against her and has none of the “white saviour” tropes that you might find in books like The Help.

Though Kindred is not an easy read, Butler’s captivating narrative of a modern woman thrust into America’s antebellum south continues to examine the true nature of the country’s most heinous part of history. It is an important book to read, especially if you’re are interested in examining the USA’s history of systemic racism and want to learn more.

Salvage the Bones, by Jesmyn Ward

If you’re looking for books similar to The Help because you liked reading about what life is like for those who are black and underprivileged in Mississippi, then Jesmyn Ward’s 2011 novel Salvage the Bones is great next read for you.

Salvage the Bones is set in a small town in Mississippi and follows a working-class black family before and after the devastation of Hurricane Katrina in 2005. Calling to attention the poverty that many live in America today and also the gross mismanagement and lack of aid and preparation that was available to residents of the Gulf Coast during this time, Salvage the Bones is an excellent critique on present-day race and class relations in the US.

Though The Help features a white girl writing a book that wakes people up to the mistreatment of the black lower class in 1960s Mississippi, Salvage the Bones has none of that and calls to attention that there is still a long way to go when it comes to equalising race and class relations in the Deep South and across the United States.

Published in 1952, Ralph Ellison’s coming-of-age novel Invisible Man is considered to be one of the best English-language novels of the 20th century and was one of the first of its type to really call to question what it meant to be black in American.

Told from the perspective of an unnamed narrator, Invisible Man follows his story as he progresses through life striving to be seen as a valuable human in a world where the odds are invariably stacked against him.

Subject to much critical acclaim and even used as a model for former US president Barack Obama’s memoir, Invisible Man drew to attention the systemic racism that plagued the United States in the 1950s and earlier and will inform readers of the racism that the country is still fraught with today.

Again, though not a lighthearted read, Ralph Ellison’s Invisible Man is one of the most important novels you could read if you’re looking for books like The Help, as it will put into perspective the actual plight of people of colour in America.

Between the World and Me, by Ta-Nehesi Coates

A winner of the 2015 National Book Award and a finalist for the 2016 Pulitzer Prize, Ta-Nahesi Coate’s 2015 autobiography Between the World and Me is an excellent book to read if you are looking for something similar to The Help.

Written in the form of a long letter to his son, Between the World and Me is an excellently-written contemplation of exactly what it means to be black in America. The novel follows his life in three parts and includes his views on all sorts of philosophies regarding racial equality and integration in the United States.

If, after reading The Help, you want to get a more well-rounded view on race in American, then make sure to pick up a copy of Between the World and Me.

The Bluest Eye, by Toni Morrison

As one of the most acclaimed black novelists in modern American literature, Toni Morrison’s debut 1970 novel The Bluest Eye is one of the best novels to read if you’re looking for books like The Help.

This novel follows Pecola, a young black girl growing up in a largely white Anglo-Saxon Protestant community in Ohio and the inferiority complexes she develops due to her race.

Because of the themes and topics it covers including race relations and systemic racism, incest, abuse, and strong language, The Bluest Eye has been challenged and removed from numerous school libraries and curriculums throughout the year and it continually sees itself on the American Library Association’s list of most frequently challenged books.

Controversy aside, there is no denying the Toni Morrison’s The Bluest Eye is an excellent book to read if you want to know more about what it’s like to be a black woman in America and you want a more well-rounded picture of race in the US than The Help can give you.

Finding books like The Help isn’t a difficult task, as there are many books about what life is and was like in white-dominated societies for people of colour.

Are you looking for books like The Help? Have you read any that didn’t make the list? Let us know in the comments! 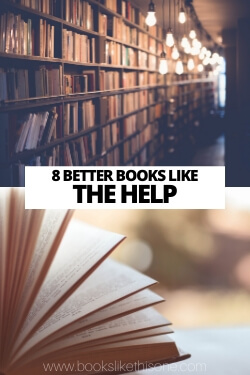