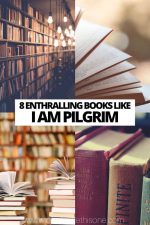 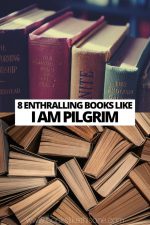 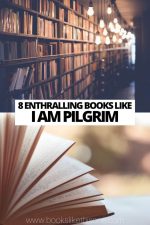 When reading books like I Am Pilgrim, it is hard to pull yourself from the pages as the author takes us on a journey of extreme highs and lows. Those nights when you’re sure you can make it to the end of the chapter before falling asleep but don’t, become all too common.

I Am Pilgrim by Terry Hayes is the screenwriter’s first novel and was the recipient of the 2014 Specsavers National Book Awards ‘Thriller and Crime Novel of the Year’. His screenwriting credits include Cliffhanger, Vertical Limit and Flightplan so you can expect a slick, twisted tale to engage your mind and get your heart thumping.

The main character ‘Pilgrim’ is a US intelligence agent who was in charge of a covert spy unit but has since retired and lives in an undisclosed location. The story is set post 9/11 and there is another terrorist threat on America, only this time it’s a vaccine-resistant strain of the smallpox virus and the terrorist is a Saudi known as ‘Saracen’.

Pilgrim is pulled out of retirement to help stop the maniac who is bent on destruction.

The thrill-seekers among us who are now looking for more books like I Am Pilgrim should enjoy the suggestions I have for you.

Terrorist threats are horrifying for the whole country involved, but what if the threat was within your own government?

In this book like I Am Pilgrim a Navy SEAL discovers that the people he should be able to trust most to have his back, are the ones with their knives out.

Lieutenant Commander James Reece is devastated when his entire team is killed during an ambush on his last deployment. But his heartbreak doesn’t stop there – his family are murdered on the day he is due to return home.

When he finds out that the atrocity was performed by his own government, he wants to know why and how high up the conspiracy goes – and he has no intention of following any rules to find out.

Author Jack Carr is himself a former Navy SEAL who led many operations in the field and this is the first in the James Reece series so if you’re searching for novels like I Am Pilgrim, The Terminal List is a good place to start.

The Secret Weapon, by Bradley Wright

Lovers of books like I Am Pilgrim need action and adventure whether that’s in the form of a global virus or a terrorist attack. The Secret Weapon is a hard-boiled tale of terrorism, power and control.

Alexander King was an elite operative working in counter-terrorism. His family think he’s dead as it’s the only way he can keep them safe and it’s working until he saves a woman in London from being blown up by a car bomb.

He’s pulled into a situation where terrorist, Saajid Hammoud, is intent on damaging and then taking control of the US military and government. Alexander and some old CIA friends need to stop a disaster of epic proportions.

WARNING: This novel is a high-speed thrill ride – remember to breathe!

At the start of this book similar to I Am Pilgrim, a titanium case arrives at the CIA headquarters. It contains a vial. There is no evidence of who sent the case or what’s in the vial but there is a note that reads: ‘I will only speak to Lance Spector.’

As you’ve probably guessed, Lance Spector is our hero, another ex-CIA operative disillusioned by his experiences with government lies and cover-ups until the Russians discover a biological weapon in the frozen corpses of mammoths.

The threat to the world is cataclysmic and the government want their best people on the case.

If you’ve ever wanted to travel, The Asset: American Assassin will take you to Istanbul, Washington and the Kremlin in Russia with such incredible descriptions that they will be planted in your memory as though you were actually there, like Arnold Schwarzenegger in Total Recall.

The Network, by LC Shaw

LC Shaw is the pen name of author Lynne Constantine whose family question if she is actually a spy. The Network is a heart-thumping thriller like I Am Pilgrim including government lies and corruption and but our hero, Jack Logan, is no CIA agent – he’s an investigative journalist.

Jack gets a visit from US Senator Malcolm Phillips who has foreseen his own death and needs Jack to protect his wife (Taylor) – who happens to be Jack’s old flame. The senator leaves Jack with an envelope to open only in the event of his death.

Senator Phillips is found dead days later from an apparent allergy attack. Jack and Taylor have to use the information contained in the envelope to find out who murdered the senator and why. They’re expecting the repercussion to be far-reaching but they’re not expecting it to be a global conspiracy.

If you enjoy books like I Am Pilgrim and want to read something with a similar storyline, I suggest you give The Network a read.

Another fanatic out to cause chaos for the world is Bertrand Zobrist, who is determined to cull the world population by releasing a plague. And his death doesn’t halt the plan he has already set in motion.

Harvard symbologist, Robert Langdon wakes up in a hospital in Florence with no memory of how he got there. In his belongings, he finds an object which uses Dante’s literary classic Inferno to show Langdon clues to stop a global threat.

Along with a young doctor, Sienna Brooks, Langdon attempts to unravel the clues to find out where the plague will be released. Unfortunately, there is a group of unknown individuals who are determined to stop them finding out.

NOTE: When this book was adapted for film, they changed the story slightly. Personally I think the book is more terrifying.

So, if you enjoyed I Am Pilgrim and would like to read something in a similar vein, then Inferno is a great place to start.

Already a Dan Brown fan? Check out our list of books like The Da Vinci Code and Angels & Demons!

The President is Missing, by Bill Clinton and James Patterson

They say write what you know, so who better to write a novel about a missing president than an ex-president! Published in 2018 this book similar to I Am Pilgrim is set over a three-day period and reveals some of the forces at work to keep the American government secure.

The threat in this story is from cyber terrorists who attack the US at its heart leaving the country, the President, Jonathan Duncan, and his cabinet vulnerable.

The President’s daughter receives a coded message from a young European woman that includes the words ‘Dark Ages’. This code is only known to eight high-ranking officials. Duncan realises there’s a leak in the White House and he needs to find out who but he’s due to face a select committee for ‘negotiating with the terrorist, Suliman Cindoruk’ and his life is in danger so he leaves without telling anyone. No one knows where he is or why he has disappeared.

This is a tense, edge-of-your-seat thriller that is full of accurate information about the White House and its inner workings. If you enjoyed I Am Pilgrim then put The President is Missing on your list of books to read.

For my next suggestion, I am taking you into the world of speculative fiction. When we talk about government conspiracies and terrorist threats on the world, your first thought would probably not be an engineered Labrador, but if you are searching for a novel like I Am Pilgrim and you’re a dog lover, Watchers may well be your next read.

Two creatures escape a government research facility; one of them is a genetically engineered Labrador more intelligent than a human, the other is a hideous ‘thing’. The dog befriends Travis (an ex-Delta Force soldier) and they end up on a journey with a widower, trying to elude a government agent and an assassin hired by the Russians.

This novel is about companionship, government conspiracy and the morality of messing with nature. If you enjoy your thrillers with a speculative fiction bent, then give Watchers room on your e-reader or bookshelf.

An Involuntary Spy, by Kenneth Eade

In this spy novel like I Am Pilgrim we go from genetically engineered animals to genetically modified food but the threat is still as hazardous.

Seth Rogan wasn’t a spy; he was a biologist for a biotech company but while he performs tests on some of the company’s GMO foods he uncovers something he wishes he hadn’t – a link between the modified foods and cancer.

The company don’t want to hear his theories and his life is threatened.

He finds himself on the run from the CIA and the FBI charged with espionage. He seeks refuge in Russia but this only portrays him as a spy.

If you’re looking for a heart-pounding thriller, then An Involuntary Spy is a great choice!

There you have it, eight enthralling books like I Am Pilgrim. Some thought-provoking others a race against time to prevent a global disaster – either way they’ll get your heart thumping.

Are you looking for more books similar to I Am Pilgrim? Have any recommendations that didn’t make the list? Let us know in the comments! 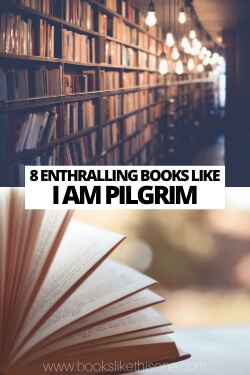