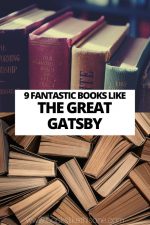 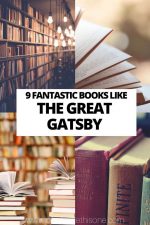 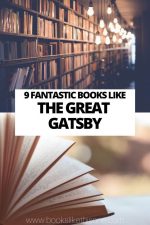 F. Scott Fitzgerald’s iconic novel The Great Gatsby is continuously lauded as one of the greatest books of its time. The short novel gave a fantastic insight into the culture and hedonism of the American upper classes during the roaring 1920s and is looked at as one of the pinnacle works of literature from the Jazz Age. If you, like many other people, have been taken by the nostalgia and writing style of Fitzgerald’s most famous work and are looking to find more books like The Great Gatsby, you’ve come to the right place.

The led to a number of great literary works to be published and was a that saw a great economic boom and fostered creativity, both in the United States and abroad. Therefore, there are many fantastic books similar to The Great Gatsby that can give you insight into this historically significant decade.

No list of books like The Great Gatsby would be complete without mentioning one of Fitzgerald’s closest colleagues, Ernest Hemingway. Though Hemingway has a vastly different writing style to that of Fitzgerald, he was also one of the defining writers of the Parisian “Lost Generation” and has contributed innumerable notable works to the literary world.

While Hemingway wrote many novels worth reading, the one that would be best to read if you’re on the hunt for a book like The Great Gatsby would be The Sun Also Rises.

Considered to be one of Hemingway’s best works, The Sun Also Rises was published in 1926 and is a shining example of the culture and struggles that faced many expats in Europe in the years just following the First World War.

A poignant picture of the “Lost Generation” that Hemingway painted as irreparably damaged by the violence and tragedy of war, The Sun Also Rises is an excellent book to read if you want to find out more about this decade.

Though the book is, first and foremost, a love story that follows the protagonist and a love interest as they travel from Paris to see the Running of the Bulls in Pamplona, Spain, the novel also deals with such themes like anti-Semitism, and the roles that masculinity and gender play in a changing society.

Though the novel is nearly 100 years old, it is still startlingly relevant today.

While books like The Great Gatsby and The Sun Also Rises are cited as doing an excellent job providing a window into what life was like for both Anglo-Saxon expats and upper-class Americans in the 1920s, they don’t give the entire picture of the decade, especially in regards to people of colour.

If you want to try to get all perspectives of the 1920s and not just a whitewashed view, then Nella Larsen’s 1929 novel Passing is an excellent choice for you.

The novel follows Clare Kendry, an African-American woman who is living a life “passing” as white to be married to her white husband. The novel deals with themes such as race and class relations in the USA in the 1920s, homosexuality, and even eugenic ideology during the Harlem Renaissance.

Though the previous novels on this list of books like The Great Gatsby have all been published in the decade in which they were set, Toni Morrison’s novel Jazz was actually published far more recently in 1992.

Despite its publication date, Jazz is a novel that expertly conveys the cultures and struggles of people of colour during the Great Migration and the Harlem Renaissance in the 1920s.

The novel follows the points of view of many different characters set in the New York City neighbourhood of Harlem and paints a complex picture of the culture and society at the time. So if you’re looking for books similar to The Great Gatsby but are curious to get away from the white-privilege of that novel, then Toni Morrison’s Jazz is a great option for you.

This Side of Paradise, by F. Scott Fitzgerald

If you are looking for books like The Great Gatsby, you can’t go wrong with picking up another of F. Scott Fitzgerald’s works and This Side of Paradise is a great option.

Published in 1920, this was Fitzgerald’s debut novel and is believed to be semi-autobiographical. The book follows Princeton University student Amory Blaine as he comes of age, gets sent to fight in World War I, and later returns to the US and falls in love.

The book explores themes like class and upward mobility, generational changes and shifting ideals. It is also said to be the novel the convinced Zelda Sayre to marry Fitzgerald.

All in all, if you’re on the hunt of a book like The Great Gatsby, picking up a copy of This Side of Paradise will give you much of the same feelings as Fitzgerald’s more notable work.

This list of books like The Great Gatsby has thus far been dominated by American authors, so now it is time to hop across the pond and explore a work by a writer who was also known for providing an excellent insight into the society and culture of her time: Virginia Woolf.

One of the best books to read if you want to get a thorough look into 1920s high society and also the unique writing styles that were being explored at that time is Mrs Dalloway.

First published in 1925, Mrs Dalloway follows Clarissa Dalloway, a middle-aged Londoner of high social standing, as she prepares for a party. The novel is written in a stream of consciousness style and it is commonly compared to the likes of James Joyce’s Ulysses as it also takes place completely in the course of an entire day.

The novel is highly regarded as an incredible work of fiction and is an excellent example of the 1920s high-society in Britain. It also deals with themes that were pertinent to Woolf’s own life, such as feminism and mental illness.

The Age of Innocence, by Edith Wharton

While every novel so far on this list of books like The Great Gatsby has been set in or around the roaring ’20s, Edith Wharton’s 1920 novel The Age of Innocence takes the reader further back in time to America’s “Gilded Age” in the 1870s.

Widely considered to be one of Wharton’s best novels, The Age of Innocence follows a wealthy New York City family as they navigate the society and social norms of the day. Like most other books on this list, the novel does a great job in illustrating the class structure and culture of 1870’s America.

The Age of Innocence explores themes such as class and wealth and, similar to The Great Gatsby, where and when certain people attained their wealth.

So Big, by Edna Ferber

Where the majority of the books on this comprehensive list of books like The Great Gatsby take place in cities like New York or London, Edna Ferber’s 1924 novel So Big gives the reader a look at what life was like in rural American during the decade.

The novel follows a rural family of Dutch immigrant farmers as they grow and change and navigate life’s challenges. It covers themes like following one’s dreams, making something of oneself, and the dangers of seeking out money for its own sake.

Though it doesn’t deal with the city in the ’20s or about high-society like The Great Gatsby, So Big is still an excellent choice to read if you want a broad understanding of this booming economic decade.

Gone With the Wind, by Margaret Mitchell

Though the novel is well-known as an epic about the American South during the Civil War, it also draws on similar themes of that of The Great Gatsby and other books on this list.

Most notably, Gone With the Wind draws up themes of nostalgia for a past that is lost and a time that will never come back. There are also similarities of the protagonist, Scarlett O’Hara’s fruitless pursuit of Ashley Wilkes much in the same way that Gatsby lusts for Daisy.

It is worth noting that the novel does glorify the pre-Civil War American South, especially when it comes to the portrayal of non-white characters and how it minimises the violence and horrors of the Ku Klux Klan. However, it can offer insight into how the people living there thought of their lifestyle and how they lived.

Have you already read this? Then make sure to check out our list of books like Gone With the Wind.

If you’re looking for books like The Great Gatsby and you’re interested in reading more from the “Lost Generation” authors, then you cannot go wrong with adding William Faulkner’s The Sound and the Fury to your reading list.

Originally published in 1929 and set (more or less) in the year previously, the novel follows the Compson family in Jefferson, Mississippi. The novel explores this family as they began their lives as southern aristocrats and later fall into poverty and financial ruin and all of the implications that come along with it.

Written in four parts from different perspectives all with different writing styles, the most pervasive of which is a stream of consciousness, The Sound and the Fury is another novel that is iconic for its time. Considered to be one of the finest works of American literature, Faulkner’s novel appears on the Modern Library’s list of 100 Best Novels of the 20th Century.

If you’re searching for some books like The Great Gatsby, then these nine novels are a great place to start. They all explore similar, themes, and plots and are sure to broaden your understanding of the 1920s as a decade or of society as a whole.

Do you know of any books like The Great Gatsby that didn’t make the list? Let us know in the comments! 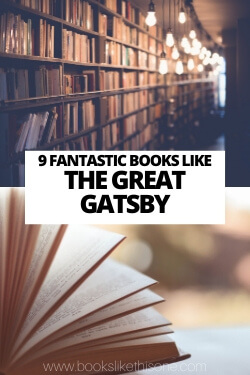